“Without a doubt, the fit was the most important thing for the candidate, and the type of position they were moving into. For the client, the fit was so good that they decided to make an offer after interviewing only one candidate from us, helping to streamline the process and ensure a great hire.”  – Nathan Haro (Executive Recruitment Consultant, Kofi Group)

KOFI GROUP BY THE NUMBERS: 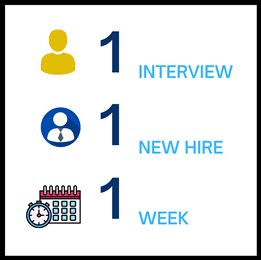 Our client is a seed-stage startup, backed by Autotech Ventures. They opened new roles a couple of weeks before we reached out to them due to a new round of funding, and were in the process of expanding their leadership team.

We were tasked to present qualified candidates for the role of Senior Robotics Engineer.

Our recent placement of the Robotics Controls Engineer, highlights the diligent approach we take at Kofi Group, and the speed at which we can operate. 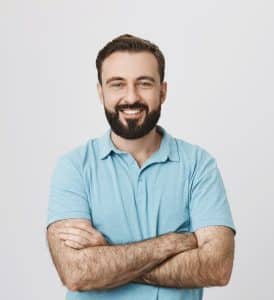 The candidate we placed has a BS in Electronics, and an MS in Computer Engineering. They have 10 years of experience in software and robotics engineering. With three successful stints in closely similar startups in the same sector, the candidate came highly recommended by their references.

“The candidate had been working for a few companies in the same space and had been in the same industry for around 10 years altogether,” says Nathan. “In the candidate’s previous role, they were one of the first four or five employees.

“The candidate had been snubbed for a lead position and was working as an individual contributor. Their goal was to move into more of a senior leadership role.”

Nathan’s first step was to leverage Kofi Group’s extensive network of engineers, but he was unable to find the right match for the position. He then examined each company in the same sector in San Francisco, drilling down to employee-level and conducting further research on individuals, predominantly through LinkedIn and online publications.

“I eventually found the candidate through their company write-ups. My further research confirmed my hunch that this was the right candidate to approach, and, after we spoke, I was certain that they were the perfect match,” explains Nathan.

Nathan presented the candidate to the client along with an explanation of why they were a fit for the role. The client interviewed the candidate on a Wednesday, followed by a second interview on Friday of the same week, and then a final interview was conducted on the following Monday.

“The weekend kind of got in the way of a faster hire!” says Nathan. “So, I guess you could say the interview process spanned five days.”

Although the candidate continued with that process, he selected our client in the end because of the compensation package and the impression they gained of the engineering team throughout the interview process.

The most important consideration for the candidate?

“Without a doubt, the fit was the most important thing for the candidate, and the type of position they were moving into,” Nathan confirms.

“For the client, the fit was so good that they decided to make an offer after interviewing only one candidate from us, helping to streamline the process and ensure a great hire.” 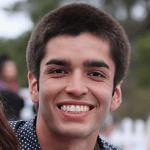 Nathan’s story is typical of the way we work at Kofi Group. We strive to create the best experiences for our clients and our candidates. If we don’t have suitable candidates in our extended network, we will go into the market and search for them. This takes experience, expertise, and the right approach.

If you are hiring for your startup, you will benefit from the same detail-oriented approach when you get in touch with Kofi Group.

Hire an engineer like Ahmed Return to Case Studies