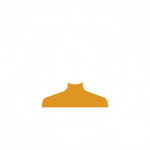 We're representing a rapidly scaling, Series-B AI startup that's in search of a Full-Stack Engineer who will build large, data-driven web applications on an international scale.